Why Do You Boil Meat Before Sous Viding It? - Ask Jason

More Sous Vide Articles • Ask Jason • Sous Vide Click here to get great sous vide content via email
I get a lot of great questions from my readers. In order to help out everyone else I'm answering some of the most popular ones here on the blog. Have something you need help with? You can ask me on Facebook, contact me directly, or view all of the Ask Jason questions!

Some sous vide recipes say you should boil your meat before you seal it, what is that about? I thought the point of sous viding it was to keep it at a lower temperature, definitely not boiling it. I heard it has something to do with killing bacteria, but doesn't sous vide do that anyway?

Thanks for the question! There's a few different things going on here and I'll try to address them all. 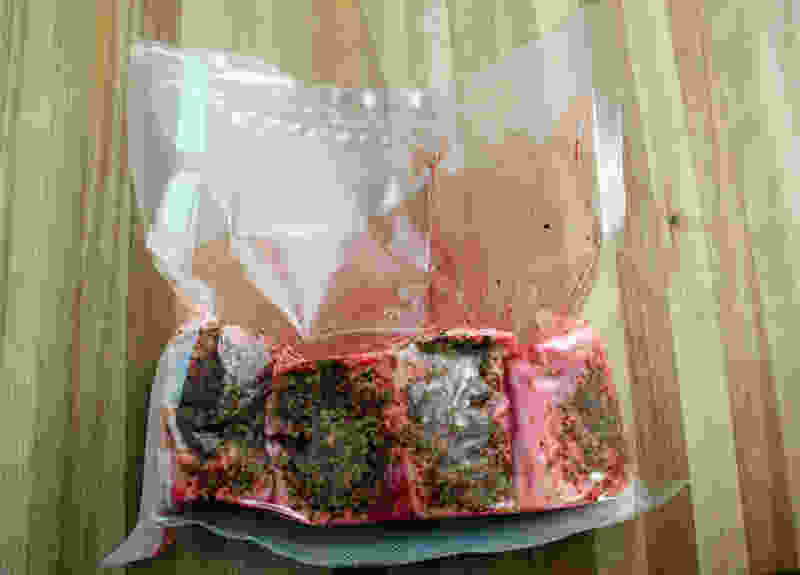 The boiling is usually done to kill "lactobacillus", a type of bacteria that actually thrives in the lower temperature range of sous vide cooking. This bacteria isn't harmful to you, it's actually the same kind that is used a lot when making cheese and yogurt. However, it does tend to smell bad, so your food can have a funky or "bad cheese" smell to it. It can also cause your bag to puff up which can affect the transfer of heat.

These bacteria usually only become a problem with longer cooks, those over 12 or 24 hours. While the bacteria might be present during smaller cooks, they don't reproduce enough to be an issue so they are unnoticeable.

The bacteria are often present in the air already, which is how they get onto the meat. This means that some people will run into trouble more often than others. I personally have never had a problem with lactobacillus or funky smells, but some people have to boil their meat every time or they can have issues.

Dunking the meat in boiling water, or searing it with a torch, before putting it in a sous vide bag will kill off most of the bacteria. This will give you enough leeway to make it through an extended cook without running into trouble.

The meat only has to be in the boiling water for a short amount of time, most people do it for 15 seconds to 60 seconds. With that short of a time the meat will only be cooked on the extreme outside, which is a part you will probably be searing at the end anyway. The interior of the meat will be just fine and will not go above your sous vide temperatures.

So if you are having trouble with bags super-inflating or stinky meat, then maybe dipping the meat in boiling water first will solve your problem, especially on longer cooks. If you haven't run into this issue, then it's probably safe to ignore the pre-sous vide boil! I hope this clears up why and when to boil your meat before sous vide!

If you like this you can get more than 85 other inspiring recipes to get you on your way to sous vide success. It's all in my best selling book Modernist Cooking Made Easy: Sous Vide - Get Your Copy Today!

Do you have any questions for me?
Let Me Know on Facebook or in the comments below!