How to Sous Vide Lobster

Lobster cooked sous vide is tender and succulent. I prefer my lobster cooked at 131°F (55°C), but 140°F (60°C) will give you a more traditional texture. For a much softer texture you can drop the temperature lower. Sous vide lobster is generally cooked best with the shell removed.

What Temperature Do You Sous Vide Lobster At?Top

I have my Joule set at 138°F (58.9°C) which is a good upper range for my preferences. But lobster is really interesting. Often when you look for temperatures online, you get pretty standard things.

For instance, if you look up sous vide chuck roast, you either have people telling you to do something steak-like at 131°F, 135°F (55°C, 57.2°C) or do something braise-like, which is around 165°F (73.9°C). But people don't really argue about in-between because you know what you're getting.

With lobster it is kind of crazy. When I started doing research on these times and temperatures, they were all over the place and everyone thinks theirs is best. 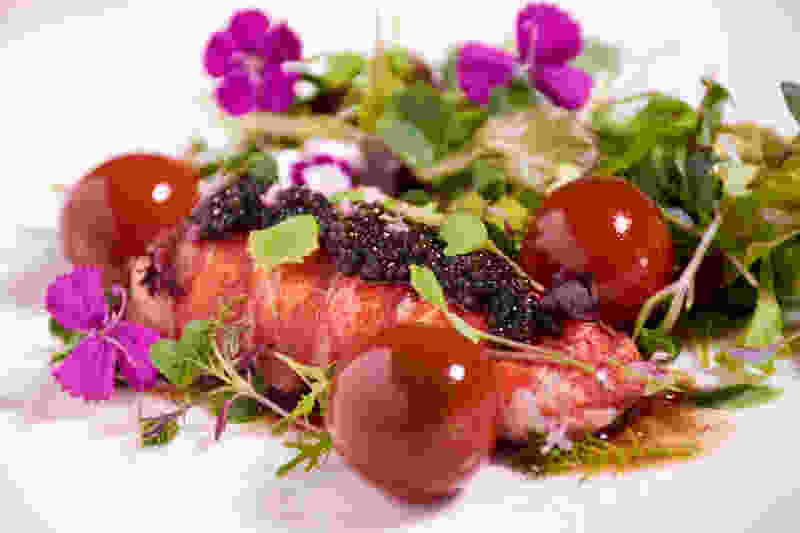 Some of the other temperatures out there are pretty crazy. Modernist Cuisine is kind of the Bible of modern cooking techniques. In it they recommend 115°F (46.1&degC) and never go over 122°F (50&degC). They're a very established brand, right?

Thomas Keller, Michelin Star Chef is one of the first to produce sous vide cookbooks. He’s a huge sous vide fan who does 140°F (60°C). So already they are disagreeing. Kenji from Serious Eats says 130°F (54.4°C) is the best temperature.

And the reason why it ranges so much is because you can do a lot of interesting things with lobster.

So you have this whole range of temperatures that you can experiment with. And depending on the dish, you might want some different times and temperatures for each one. For example, if you're just doing a lobster roll, you might want 130°F (54.4°C) so it's a little bit more tender, a little bit softer. If you're doing something really modernist and upscale, then you might want to try the 115°F, 120°F (46.1&degC, 48.9°C) because it is going to be a very different texture and a different dish than what someone is expecting when they get lobster.

How Long Can Lobster Be Held in the Sous Vide Machine?Top

When it comes to a lot of sous vide timing, my rule of thumb is you have a 30% to 50% kind of variance on the other side. For something like the lobster, we're expecting it to be like 35, 45 minutes. So you have an extra 15 or 20 minutes and you're going to see no degradation in quality whatsoever, it's still going to taste great. 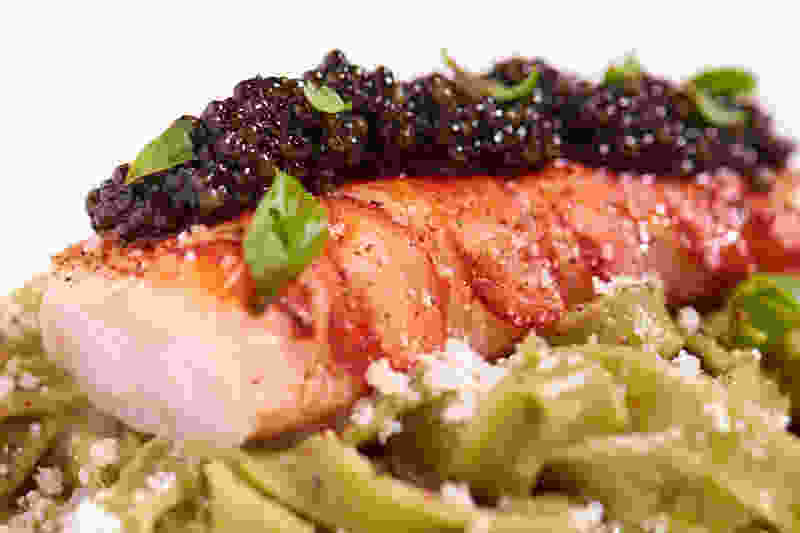 From that point on, the lobster is going to start going down in quality slowly. It's not a cliff that it goes over like if you had it on the grill where it can go from medium rare to burnt in two minutes.

When you're doing something like a chuck roast that you're sous viding for 36 hours, you still have that 30 to 50% variance but in that case, you can go for much, much longer. So you can add on another 10 hours, 12 hours, and you're not going to really notice too much of a difference in the texture, which is very, very convenient.

One of the good things about sous vide, and generally how I remember how long things can stay in the water, is once they're cooked through you have about 30% to 50% variance.

Can You Cook Lobster in the Shell?Top 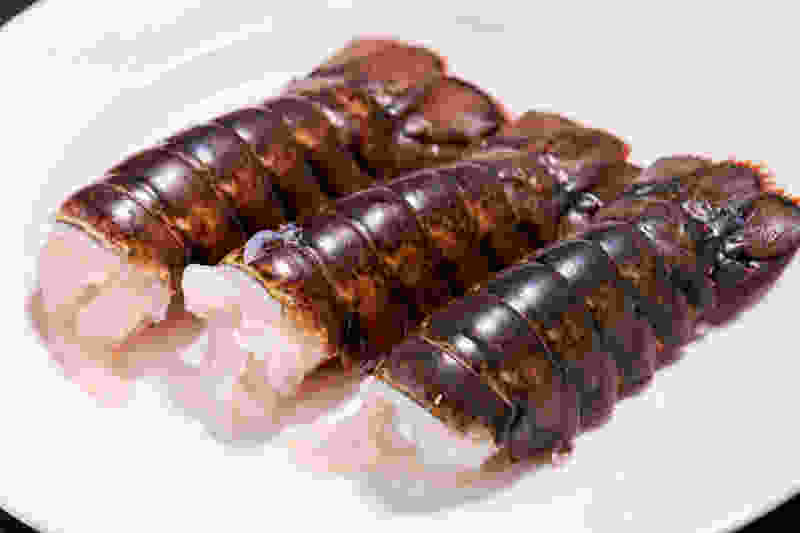 The answer is yes. But the reason we normally take the lobster out of the shell to sous vide is lobster shells are spiny. I'm not sure if you've cut yourself on lobster before, but when I was doing a test run of this dish for the first time, I cut my finger and started bleeding.

Those spines can often go through the sous vide bag and that means water is going in. Especially with this lobster and the butter, we want to keep all the flavor in the bag, we don't want to water it down and let that go into the water.

The lobster also cooks more quickly when it's out of the shell.

However, some people do prefer it cooked in the shell. Especially if you're trying for a certain preparation or look of the dish. Often times they're cutting down the top of the lobster so it kind of opens up a little bit and pops out, more like if you are baking it.

How Much Lobster to Put in the Bag?Top

Like most things, when you decide how much food can go into the sous vide bag you want to make sure it's in a single layer. We don't want them to be on top of each other because sous vide it is all about thickness. All of the cooking times for tender pieces of meat are based on thickness; the weight doesn't matter. 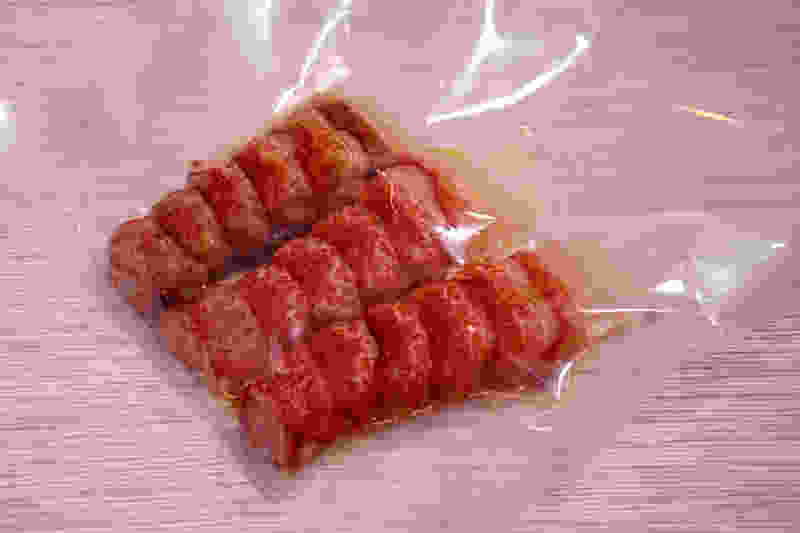 We can have this entire bag filled with lobster. If they are all in a single layer then it's going to take the same amount of time to cook, versus an oven where it would add cook time to it.

Can You Sous Vide Frozen Lobster?Top

I've had people ask me "Can you can cook a frozen lobster?" and the answer is yes, especially if it's not in the shell, if you bought it pre-shelled. But starting frozen is going to add probably about 50% more cook time to it.

If it's in the shell it's probably best to thaw the lobster then cut the shell off before sous viding it. 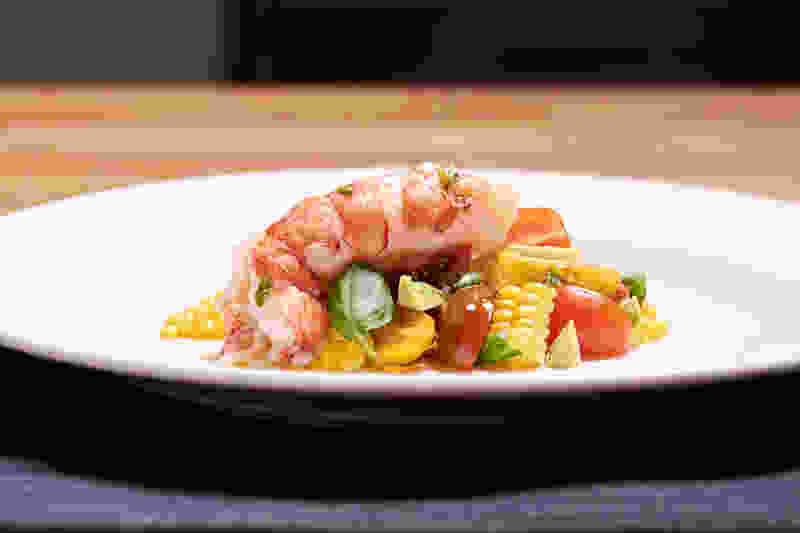 Can You Sous Vide Live Lobster?Top

Someone asked me, "Can you sous vide a live lobster?" and I thought, that seems like a horrible idea. But I decided that I should probably do some research on it before I respond!

The best consensus I can see is that you can and 130°F (54.4°C) is enough to kill animals. So if you want to, you can go right ahead and do that, but it's going to be a slow process and it's probably not the most humane way to kill a lobster.

I wouldn't recommend it, but it is something you can do if you really want to experiment with that. But definitely not one of my favorite things that I would want to do.

If you have a chambered vacuum sealer it also apparently kills the lobsters very quickly during the sealing process. though I haven't tested this out myself.

One of the other things people ask about is, "Can you do lobster claws at the same time as the tails? Are they sous vided the same?"

The process is the same. It's generally best for the meat to be taken out of the shell for the same reasons. However, a lot of people prefer to cook the claws at a higher temperature. 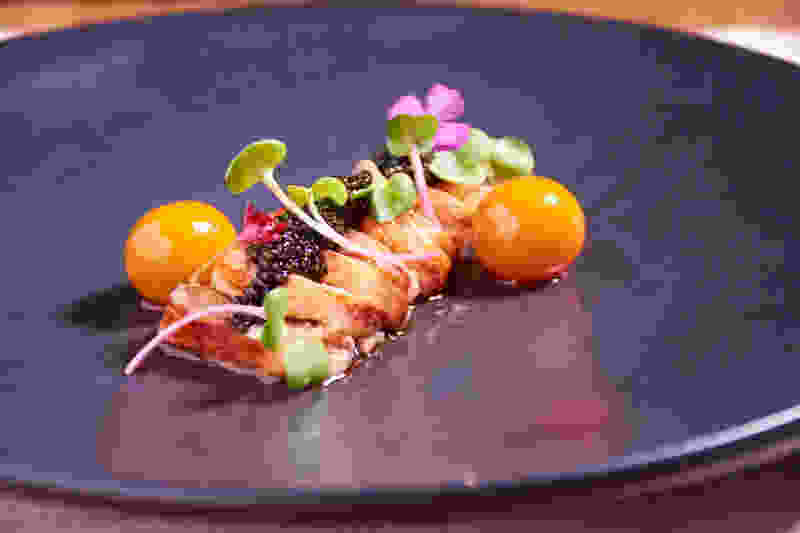 Lobsters are like chickens. I know they're not the "chicken of the sea" but they are more like chickens. Lobsters have the more inactive tails and then they also have the more used claws. This makes the claw meat firmer because they're working muscles, much like dark meat on a chicken. You want to cook this to a higher temperature than tail meat because it's a different texture and type of meat.

So, most people sous vide at 150°F (65.6°C) for the lobster claws. And that seems to be a pretty universal choice.

How Can You Butter Poach Lobster with Sous Vide?Top

When I went down a deep dive on how people sous vide lobster, the sous vide butter poach method is a commonly used one. In those recipes you use 1 to 3 tablespoons of butter for 2 lobster tails. It may seem like a lot of butter, but it adds that richness we love with lobster. 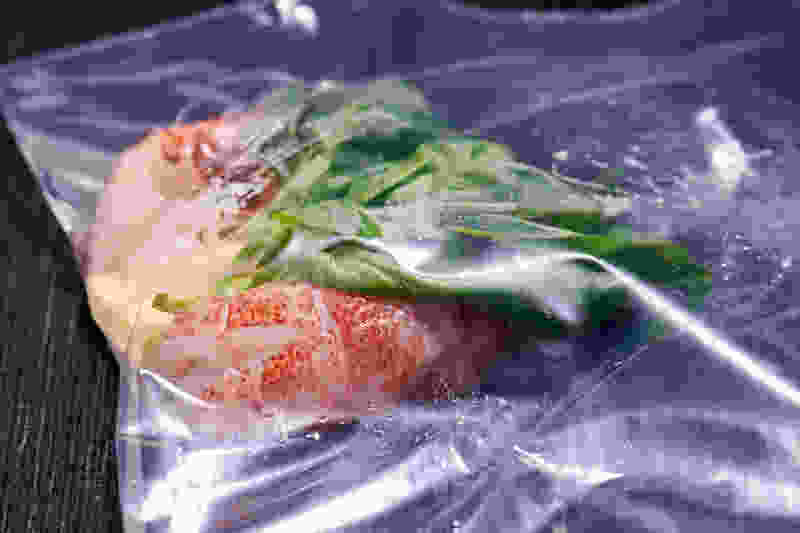 And when you start looking at the ways other people make lobsters, even sous vide, Thomas Keller uses a beurre blanc sauce, which is a butter water emulsion basically. He fills his entire sous vide machine with that sauce and then cooks the lobster in it outside of a bag. So he uses 8 to 12 liters of butter sauce to just poach the lobster.

In comparison, I thought we were doing pretty good with our 1 or 2 tablespoons of butter. A huge benefit of sous vide is that you can use less oil and you can use less liquids. It's a good way to minimize what you're putting in, especially if you're not going to eat all of it.

A lot of Thomas Keller's butter sauce probably goes to waste. Or knowing him, he probably feeds the local animals on his Yountville farm in California!

What is the Best Sous Vide Lobster Temperatures and Times?

Lobster cooked sous vide is tender and succulent. I prefer mine cooked at 131°F (55°C), but 140°F (60°C) will give you a more traditional texture. For a softer texture you can drop the temperature lower.

Do you have experience cooking lobster? Let us know your thoughts in the comments below!

What Are Some Sous Vide Lobster Recipes?

Here are several of the Lobster recipes that I recommend trying out.

Tender sous vide lobster covered in a creamy white wine sauce all served over some al dente pasta is the perfect way to consume lobster!

Creamy pasta and sweet "burst in your mouth" tomatoes, all topped off with succulent lobster...the perfect way to break up all the zoom calls and treat yourself to a delicious dish that is also easy enough to make that you can enjoy it during the week! In this Linguine with Lobster and Cherry Tomatoes in Parmesan Cream Sauce recipe, both the lobster and cherry tomatoes are done sous vide.

Lobster cooked sous vide is tender and succulent, and this recipe showcases it with a simple tomato and corn salad. I prefer my lobster cooked at 131°F (55°C), but 140°F (60°C) will give you a more traditional texture. For a much softer texture you can drop the temperature lower. I usually serve this with traditional lobster dinner sides of corn on the cob and clam chowder. When I want to be fancy I'll pair it with a simple salad of tomatoes, corn, and avocado.

Lobster cooked sous vide is tender and succulent, and this recipe showcases it with a simple tomato and corn salad. I prefer my lobster cooked at 131°F (55°C), but 140°F (60°C) will give you a more traditional texture. For a much softer texture you can drop the temperature lower. To remove the lobster from the shell, you can either cut the shell off with kitchen shears, or boil the lobster for 1 to 2 minutes and chill it in an ice bath.

Grilled lobster is a great meal to make during the summer. It's nice and light and goes great with grilled corn on the cob, clam chowder, and french fries. The lobsters can be cooked with sous vide ahead of time, quickly chilled, and them held until you are ready to grill them.