More Regulating Water Temperature Click here to get great sous vide content via email
Update: Dave has since learned that there have been instances of electric shorts in other units sold through this company. Because of these issues, and any dangers caused by them, he no longer feels they are a good investment.

You can find more information about other sous vide machins in my guide to Sous Vide Machines or my reviews of Inexpensive Immersion Circulators.
This is a guest review by Dave "DaveyT" from the UK, a big contributor to our sous vide forums.

I've been looking for a companion piece to my SousVideMagic/Jam maker setup as it spends a lot of it's time doing long and slow cooks. This doesn't leave any possibility of breakfast scrambled eggs or a nice mi-cuit salmon. I certainly didn't want another massive set of paraphernalia on the kitchen counter (the jam maker lives in another room), so it was really a Sousvide Supreme or an immersion circulator.

Sousvide EU had an interesting looking circulator on eBay and I managed to pick it up for £130 as opposed to the €299 on their website. It certainly wasn't a looker but as I couldn't really be bothered spending the time soldering and making my own, for the price I wasn't complaining.

It arrived from Germany in plain packaging with a handy little leaflet explaining how to use it. The company was great at communicating and seem a friendly bunch. It's obvious this isn't from a huge company but more likely a few guys with some kit in a shed, trying their best to make a good product. In fairness, despite the obvious home-brew styling, I was impressed with the robustness. I certainly couldn't have put it together myself.

There were no rattles and it felt solid, though a few of the cut edges could have been a little more smoothed down. At the top of the heater coil and low-water cut off I could see roughly applied sealant, though I suppose as it's concealed it hardly matters.

The unit clamped well to the vessel I was using and booted up nicely, taking 20 minutes to get 11L from 42C to 83C. The literature claims stability of +/-0.3C and the PID has a resolution of 0.1C. In practice, it seems to swing up to 0.5C either side of the desired temperature and the proportional setting seems quite narrow with frequent overshoots when the temperature goes under and the heater kicks in.

In reality this hardly matters as it is buffered by the much slower thermal conductivity of the food, and 0.5C resolution is actually plenty accurate. I can see why Frank Hsu claims that in-water temperature measurement is better as my SVM achieves 0.1C accuracy no matter what unit it is powering, providing the PID is calibrated first, though perhaps this isn't necessary for cooking procedures.

Adding frozen pouches to the bath barely dropped the temperature by 1C and it quickly recovered, proving the oft quoted benefits of having a circulating unit. It was a similar story when powering a 20L bath and temperature measurements throughout were uniform.

It's hardly pretty, but it's quite well put together and for the price you can't moan. Given that in essence, an immersion circulator is a pump, heating element and a PID I suppose that it's surprising more people aren't doing them in this price range. $799 seems pretty steep when you think about the cost of the components, even though it looks more professionally put together.

I'd certainly recommend it to anyone who wanted an immersion circulator to use for their ?quick' sous vide cooking and I'm using this most days now. This certainly appears robust and I'm not expecting to use the 2 year warranty. It seems to work as well as any other IC, just don't expect any frills. 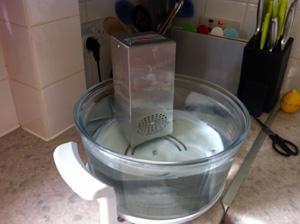 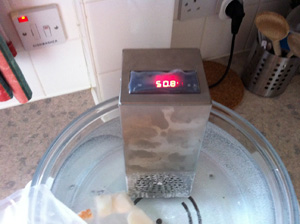 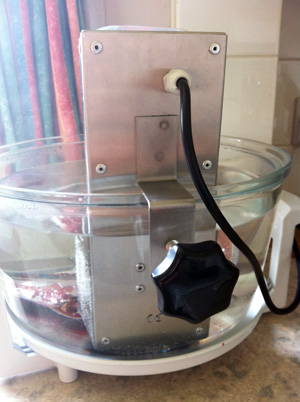 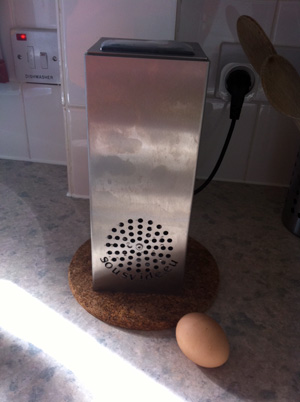 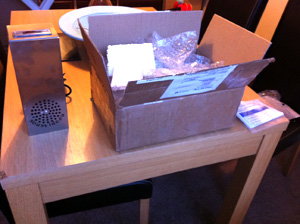 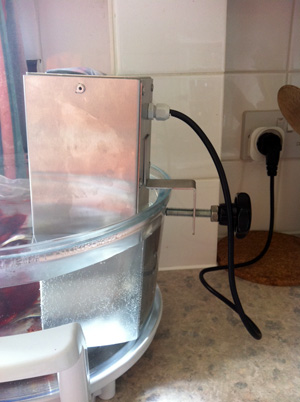 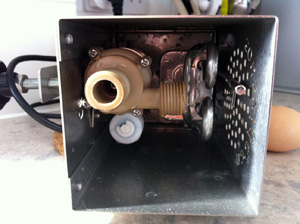 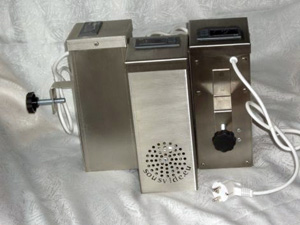 All tags for this article: