I had the opportunity to attend the recent grand opening and ribbon cutting ceremony of the Museum of Food and Drink (MOFAD) in Brooklyn. The museum is the first of its kind and was celebrating the launch of its first permanent space in Williamsburg, Brooklyn. It is housed in a 5,000 square foot warehouse that they hope to expand in several years. The museum consists of exhibits detailing the history and makeup of various cooking ingredients as well as several interactive exhibits. 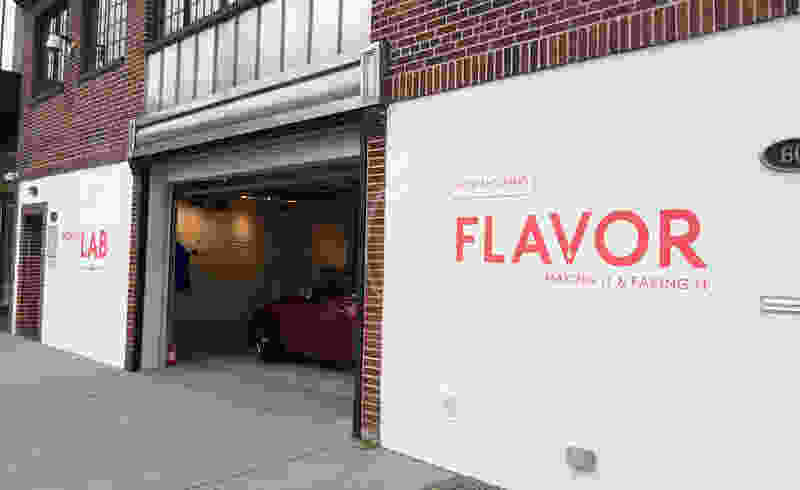 The day started off with a presentation by several of the key members of the museum, including Founder Dave Arnold, Executive Director Peter Kim, several members of the Advisory and Culinary Boards such as Jessica Harris, Elizabeth Falkner and Bill Telepan. They talked about the uniqueness of the museum, the long road to get where it is, and the vision for the future.

My favorite quote from the presentation was from Peter Kim discussing the vision of the museum. He referred to MOFAD's goal as occupying "the intersection of important and awesome." Jessica Harris, the food historian, discussed how food shapes our culture and concluded that "if food is the language of our culture, then MOFAD speaks it fluently."

Some non-museum people spoke as well, including state senator Daniel Squadron, and a representative from Infinity, the main sponsor of the museum.

The presentation was followed by a ribbon cutting, complete with giant scissors. 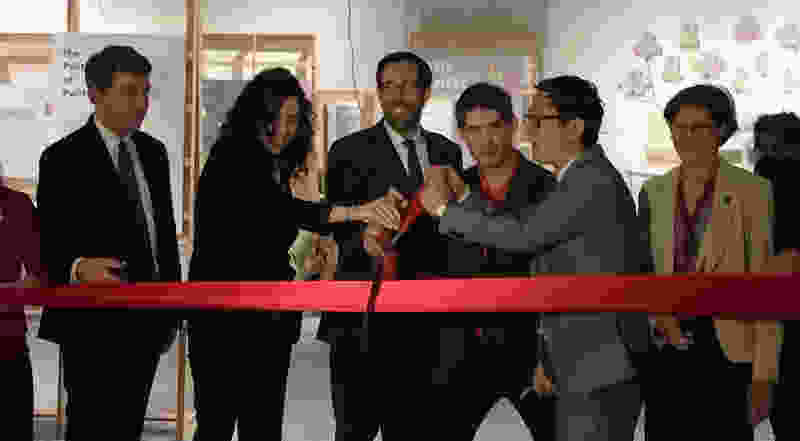 Many of the historical exhibits focus on how artificial and natural flavors are created in labs. Some highlighted natural vs artificial vanilla production, while others explored umami and the history and makeup of MSG.

As part of these exhibits, the museum created flavored pellets about the size and consistency of small breath mints. These were infused with the items the exhibits were talking about, such as mushroom, tomato, MSG, vanilla and its counterpart vanillin. After the show I was talking to Dave Arnold and he showed me their pellet-making machine and explained they had to make all the pellets themselves. This is because no one in the US makes pellets that aren't already flavored sweet or sour.

Called "The Building Blocks of Flavor", the interactive exhibits were the highlight of the museum. They tackle how various smells combine together to create flavor. Each station dealt with a different flavor topic and came equipped with a vaporizer that would blow the scented vapor out so you could experience it. 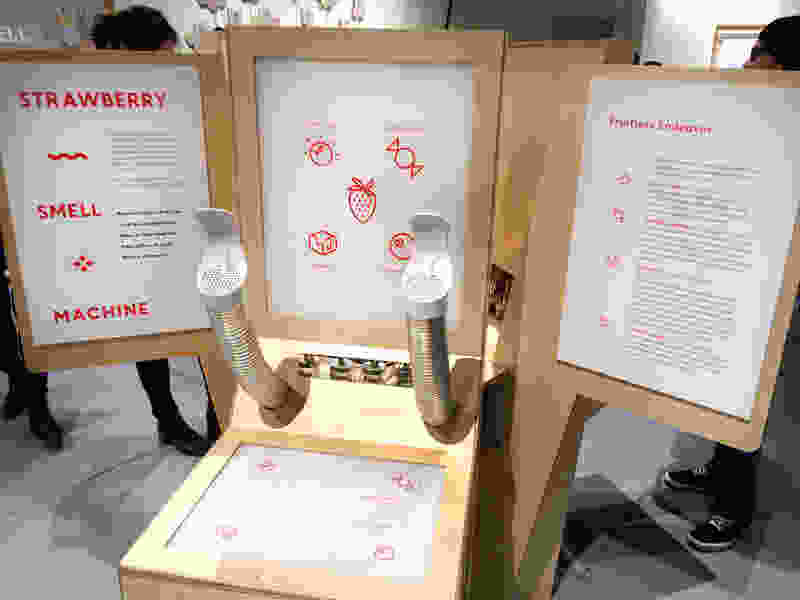 I actually don't have a sense of smell so I wasn't able to get as much out of the interactive exhibit as most people did. Luckily for me I had brought my wife along as my photographer, so she got to experience it and talk me through all the stations and how they smelled. It was really fascinating how different scents would combine to form such complex flavors. 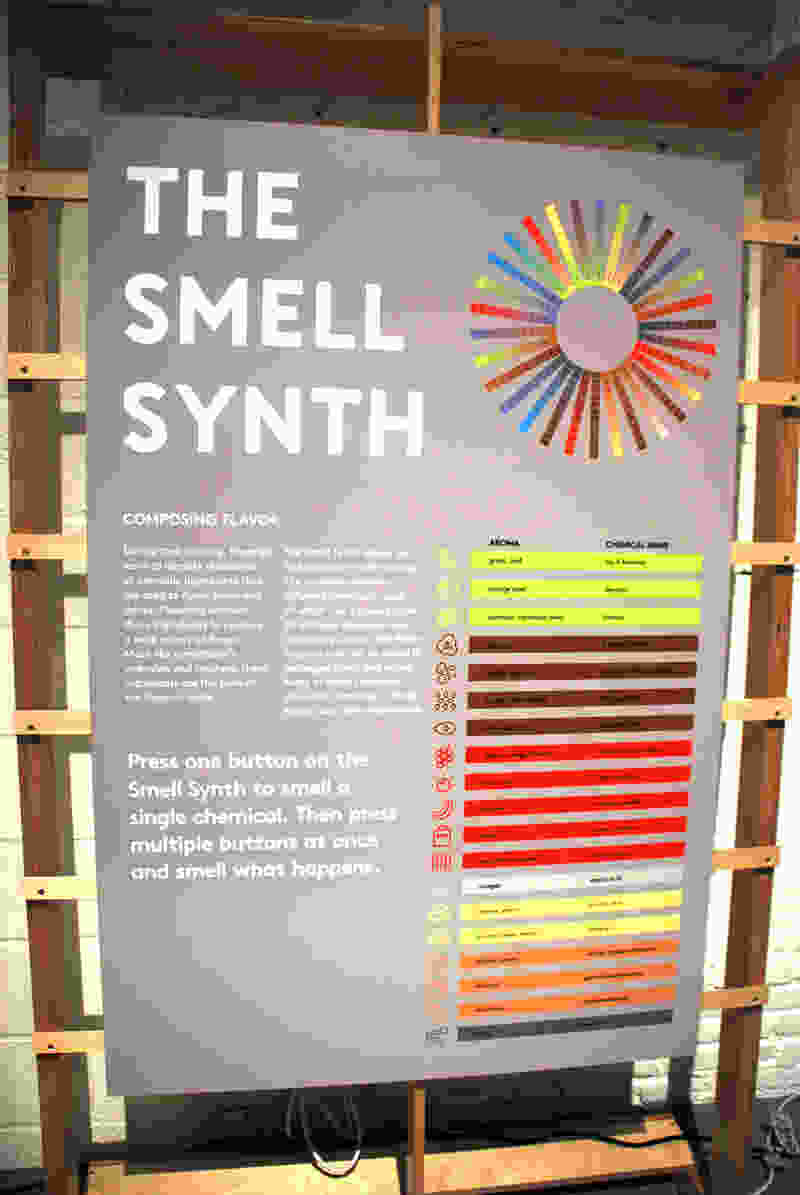 The largest and most elaborate of the interactive exhibits was "The Smell Synth". This exhibit was a switchboard that contained 19 different smells like

You could press buttons to trigger the vapor and smell each one individually or release several at once to create different flavors. The Smell Synth gives you a dozen "recipes" to get started including: Everyone had fun playing around with the different combinations, experimenting with how the addition of various scents drastically affects the final flavor that you perceive.

After the tour and presentation I had the chance to talk to several of the key members of the Museum of Food and Drink. 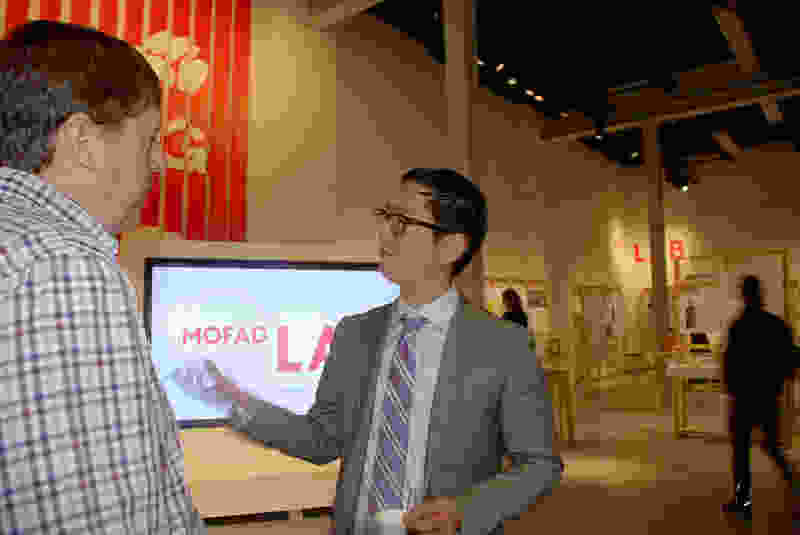 Peter Kim, the executive director of MOFAD, was great to talk to and I don't just say that because he reads the site!

Peter's background has centered around hunger policy, and he has worked with relief efforts in Cameroon and Thailand as well as in America. He's had a fascinating journey to get to open a food museum and hopefully his varied experiences help shape the future of MOFAD.

I asked Peter about where his passion for food came from and he explained that during many of his relief effort trips food was the common bond. Breaking bread (or that community's local equivalent) with people was the way to connect to them and get to know them. Working in poorer countries, as well as with a poverty line hunger program in the United States, also hammered home just how important food is to many people who don't have easy access to it.

These experiences have given Peter a greater appreciation of food and how it binds communities together. He hopes to share some of this appreciation through the museum's exhibits as well as shed light on the hunger problems facing many people throughout the world.

Peter, and the others I talked to, often mentioned that MOFAD isn't just for foodies, it hopes to cater to all eaters. Their exhibits will be focused on people curious about food, regardless of the "coolness" or trendiness of the food. As several explained, MOFAD is about exploring food without judgment. 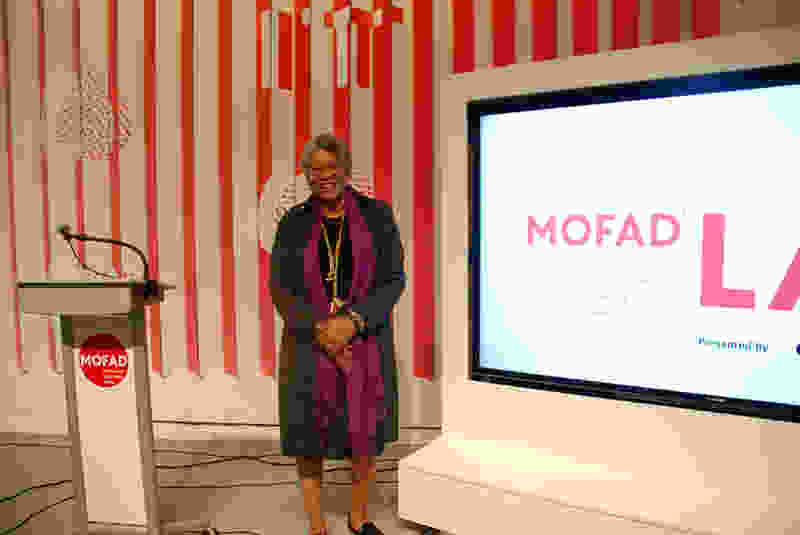 Jessica Harris was wonderfully down to earth to talk to. She is a "food historian", a title she co-opted when a magazine article referred to her as one 30 years ago. I've read her latest book, High on the Hog: A Culinary Journey from Africa to America and I can see why she's embraced the term food historian. Her writing and outlook focuses on how food ties a culture together and is the backbone of many societies and families.

Jessica hopes that the museum will "live long and prosper", sharing and cataloging the food and drink that is important both in our culture and the world culture.

We got to talking about the coffee/skunk smell station, and our experiences with skunked pets with Jessica. She offered an intriguing solution based on the lesson of the smell station: "Next time the dog gets skunked, forget the tomato juice - just use coffee!" 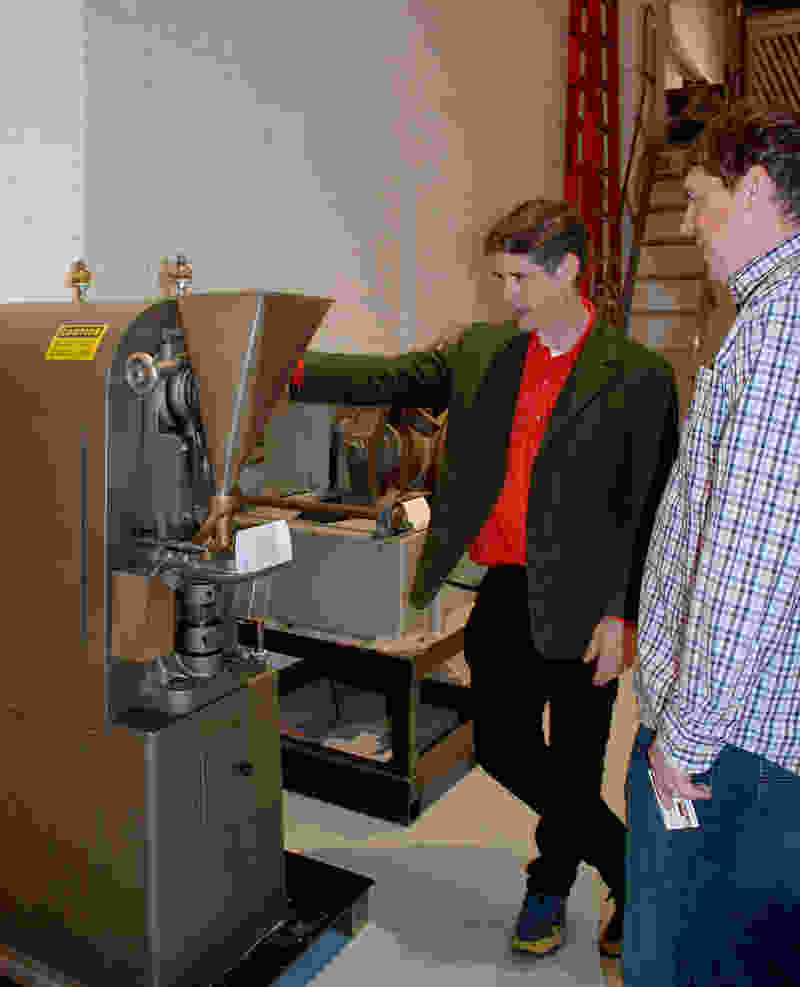 I've known of Dave Arnold and followed his work for a long time so I was very excited to meet him - I actually included him in the acknowledgments of my Modernist Cooking Made Easy: Getting Started book as an early influence. Dave is involved in cutting edge work in modernist cooking, teaches at the International Culinary Center, and is one of the leading explorers of new ways of preparing food and drink.

I asked Dave why, with everything he has going on (a cookbook, podcast, teaching position, bar work, equipment development), he decided on a museum as his next step. He explained that his idea for the museum actually came first. It is only now that he has the connections, knowledge and influence to put it together.

Dave also talked about constantly reining in his leaning towards modernist cooking and focusing on exhibits and information that the general public will enjoy. Even though the exhibits themselves are geared for everybody, I'm pretty sure the machines used in them were driven by Dave. He proudly showed off the 40-year-old pellet maker they use to make flavor pellets, and before the ceremony I spied him crawling under one of the vaporizer machines making tweaks to fix it up.

Dave spoke glowingly about his team, and how good of a job they did on everything. Explaining that as a manager he can be "a big asshole" but the team takes it all in stride and successfully accomplished the vision for the museum.

If you are around the New York area and are interested in food, I highly recommend checking out the Museum of Food and Drink. You'll have a great time, learn a lot about food, and have some of your assumptions challenged. It's an all-around good time that will be enjoyed by anyone that eats!

What would you like to see MOFAD cover in their next exhibit?