Rack of lamb is a rich, flavorful cut to make. Here I pair it with a zesty pomegranate sauce that cuts the richness while complimenting the strong lamb flavor. I also serve it with some Brussels Sprouts to bulk out the meal while cutting the richness of the lamb. This recipe is enough for 4 if you don't need much meat, otherwise add an additional rack. 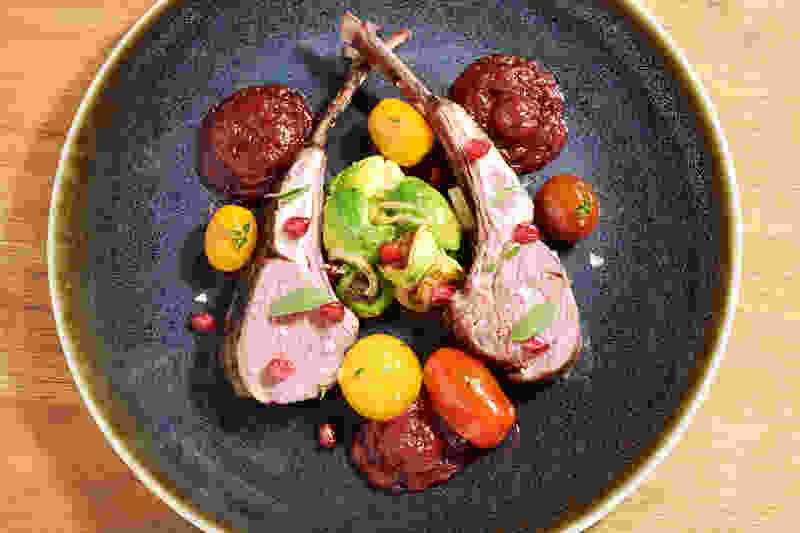 I used my torch to sear it, but you can always use a pan or a grill. 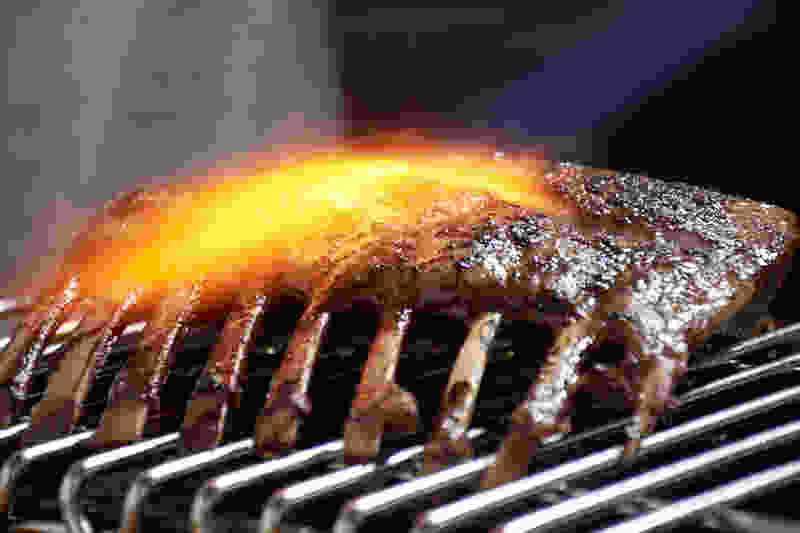 If you like this recipe and want to use sous vide to prepare nutritious and flavorful food, then my new book is perfect for you! Healthy Sous Vide has more than 70 flavorful, stress-free recipes with full nutritional information that will have you eating great and amazing your friends and family.

If you would like more information about the modernist techniques, ingredients, and equipment used in the sous vide rack of lamb with pomegranate sauce recipe you can check out the following.

Ingredients for Sous Vide Rack of Lamb with Pomegranate Sauce 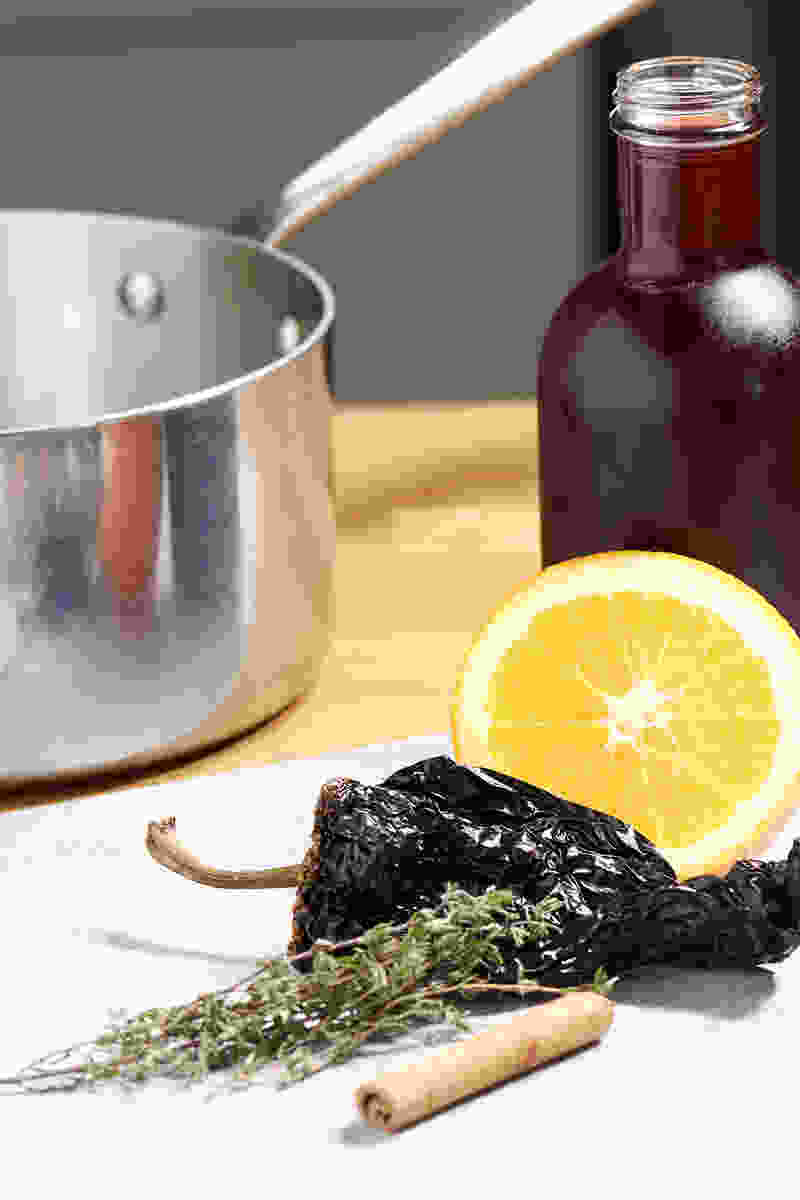 Want more great content like this? My free Sous Vide Quick Start course will help you get the most out of sous vide. You can start consistently creating amazing food with sous vide today!

For the Rack of Lamb

Lightly salt the rack of lamb. Combine the coriander and cumin in a bowl then sprinkle over the lamb. Evenly spread the orange zest over the meat then place the lamb in a sous vide bag with the rosemary. Seal the bag and cook for 2 to 4 hours. 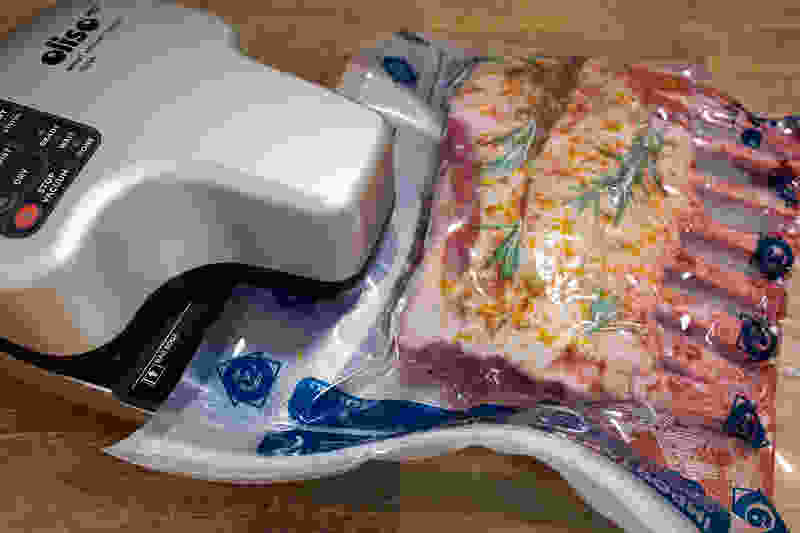 For the Pomegranate Sauce

Put the pomegranate juice, orange juice, thyme, cinnamon, and ancho pepper in a pot over medium heat and lightly simmer for 20 to 30 minutes, until reduced and thickened. Remove from the heat, discard the cinnamon stick and ancho pepper then stir in the honey. The sauce can be made a day or two ahead of time and refrigerated, or left on the counter for an hour or two.

For the Brussels Sprouts

Remove the cooked rack of lamb from the bag, discarding the rosemary, and dry the meat off well. Quickly sear the lamb then cut it into serving sections, usually one or two ribs.

Place a few sections of lamb onto the plate. Arrange the Brussels sprouts and poached tomatoes around it. Drizzle the lamb with the pomegranate sauce. Add some pomegranate seeds and oregano leaves to the lamb, then sprinkle with some smoked salt. 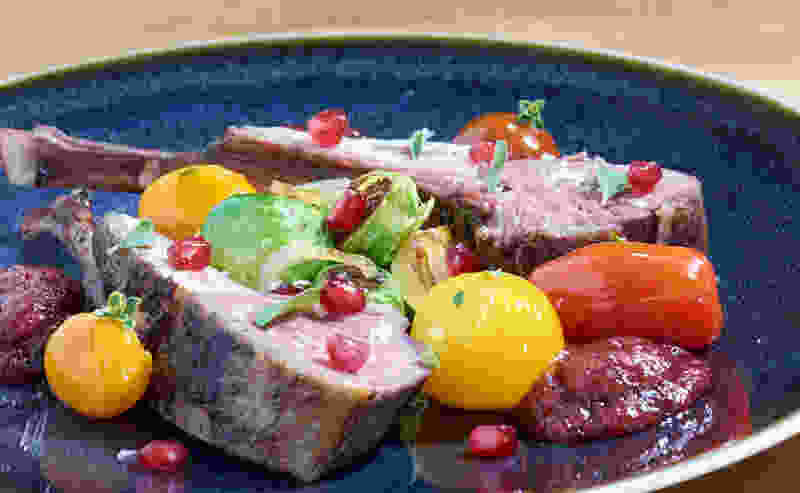