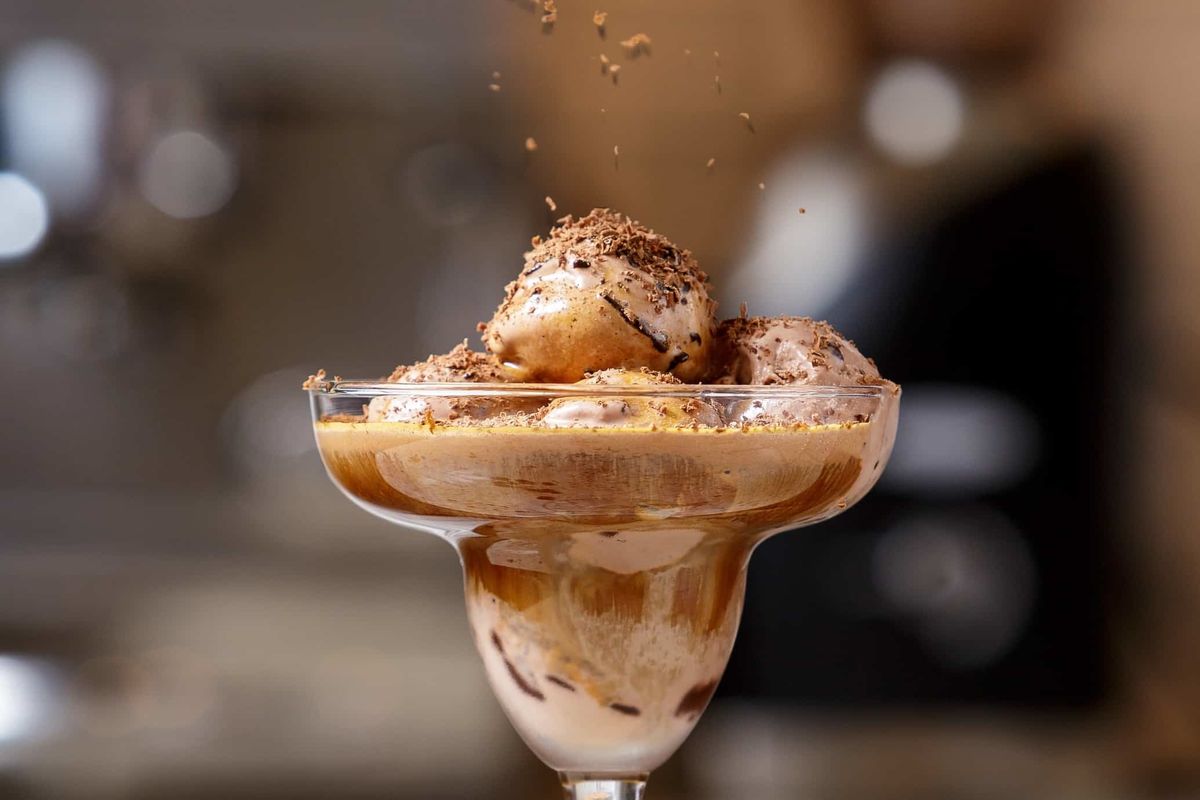 Making ice cream is never easier than when you sous vide the base. For this recipe it infuses espresso milk stout into the base for a rich, flavorful ice cream.

With sous vide, it's easy to infuse the flavors and removes any concerns about scorching or overcooking it.

1. Using the tare feature measure out in one bowl the following: Skim milk powder, 75g sugar, Avacream, cocoa, and salt and set aside.

2. Using a Saucier (or regular pan), place 265ml Espresso Milk Stout into pan and simmer (or way more for a more intense flavor). Reduce to 190ml. All my numbers take into account volume, the balance of flavors, and the capacity of ice cream maker. Reducing intensifies the flavor and removes carbon dioxide. Place pan on scale and make a note of the weight. Weigh out 265ml. As the beer starts to reduce set on the Scale occasionally until you have reached 190ml.

3. Using your Vitamix (or mixer) and heavy-duty scale (with tare feature), measure out the milk, cream, and golden syrup. Toss in vanilla extract too. Don't forget to run the mixer on low for a few seconds to combine. Toss in reduced beer.

4. Add 3 yolks to a bowl with 75g of sugar and whip until the ribbon stage.

6. Place a large vacuum bag into a 1-gallon pitcher folding over edges for stability. Toss in coffee beans and pour the contents of the container into the bag. Sous vide for 80-90 minutes at 162°F (72.2°C). Use the displacement method to lower the bag into the water. Using clips or little weights might help.

7. After processing the place in a huge ice bath and stir often. Make sure to strain coffee beans through a sieve first. Refrigerate overnight.

8. Process in your ice cream maker according to manufacturer's instructions.