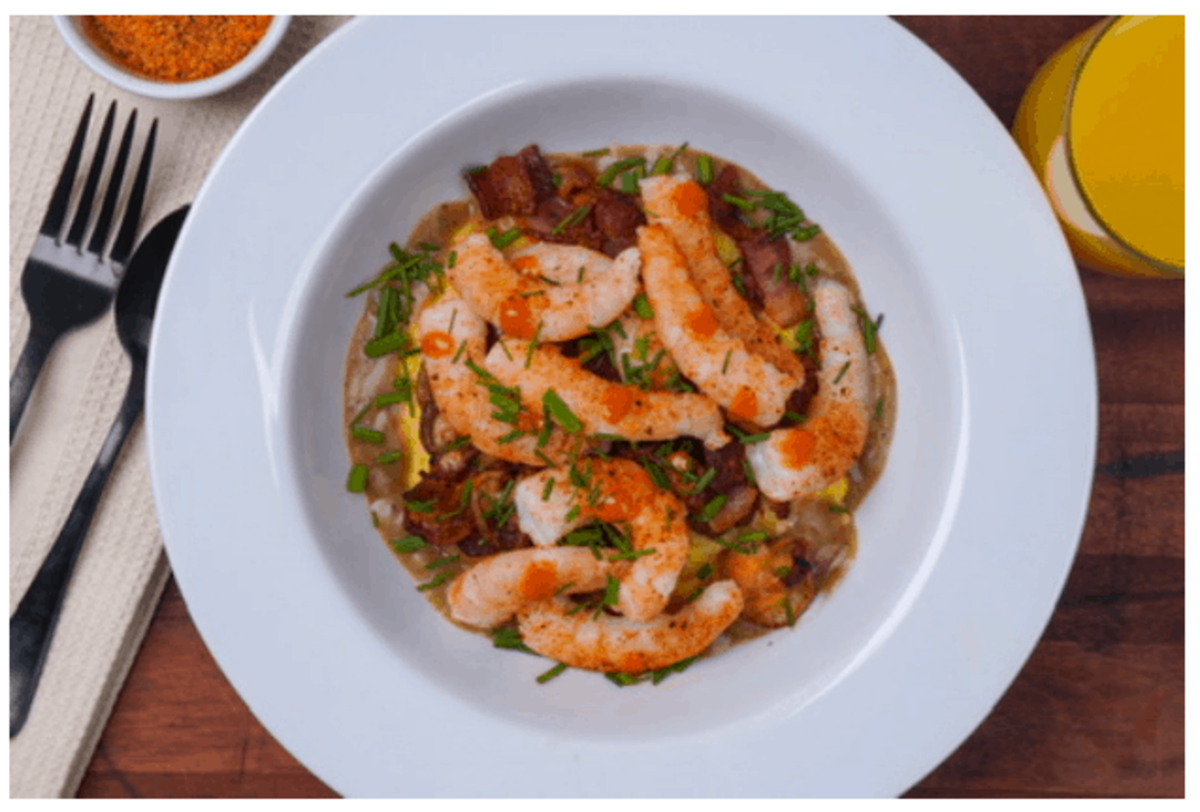 This sous vide grits recipe combines them with shrimp, shitake mushrooms, and tops them all with chopped chives for a meal that work for breakfast, brunch, or dinner!

People always sous vide steak and chicken, but not many people have tried sous vide grits before.

Grits work great with a circulator, or steam oven, because you can cook them and tenderize them without worrying about the evaportation, bubbling over, or cleaning up a mess.

Once you get the process down, it's also foolproof, making it easy to prepare quantities of any size.

Ingredients for Sous Vide Shrimp and Grits with Bacon, Mushroom, and Tomato

Cooking Instructions for Sous Vide Shrimp and Grits with Bacon, Mushroom, and Tomato

When shrimp are done, remove and set aside

Place pot with grits into oven and cook for 30 minutes, stirring once or twice. Alternatively, place all ingredients in bag and cook for 1 hour, massaging bag every 15 minutes.

Heat pan over medium-high heat. Add diced bacon and cook until crisp. Add mushrooms and tomatoes, season as necessary, and continue to sauté until tomatoes and mushrooms have released their liquid and browned. Remove, and reserve.

When grits are done, spoon a hearty serving of grits into a bowl, top with the bacon/ mushroom/tomato mixture, and place shrimp on top of that. Garnish with chives.